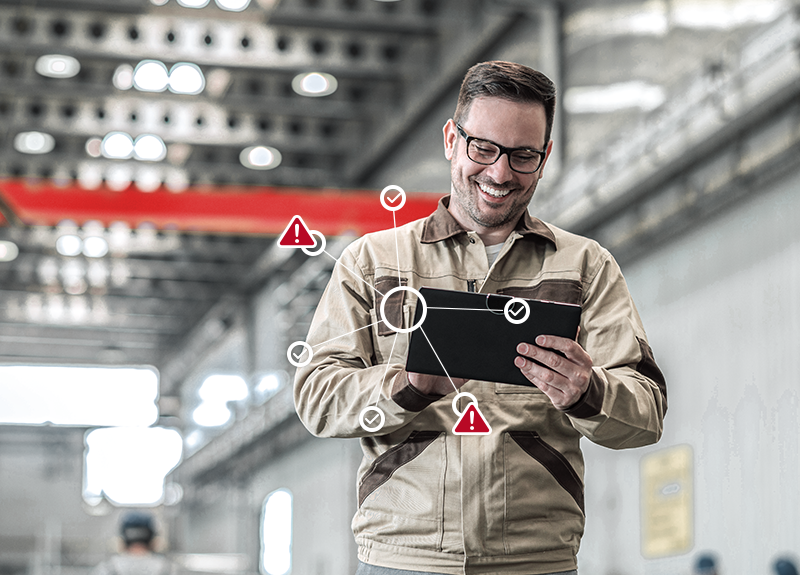 Networked, intelligent, self-controlling, resource-saving production – this is the high goal of Industry 4.0. To ensure that metrology also fulfills its role in this scenario, Mahr is working together with other manufacturers on a new communication standard based on OPC UA.

Smart Factory, that means data transparency on all levels – horizontally and vertically. The most important prerequisite for this is valid data from all machines and systems as well as a language that all participants in the production environment understand unambiguously. The communication protocol OPC UA (Open Platform Communications Unified Architecture) is now considered the standard for industrial machine-to-machine communication in the networked factory. As an open, platform-independent protocol, OPC UA not only offers the possibility of transporting data, but also allows it to be described semantically – in other words, to give it contextual significance.

Uniform language for metrology
In order to ensure that measuring machines speak a common language in the factory of the future, Mahr, together with other manufacturers of metrology in the VDMA, is pushing the "OPC UA Length Metrology" project. Under the leadership of the VDMA and FISW Steuerungstechnik GmbH, the companies are jointly developing a so-called "OPC UA Companion Specification" for metrology.

The term Companion Specification refers to an information model based on the OPC UA data model. It defines the form in which the machines provide certain information. Thus, OPC UA can also be used to address industry- or application-specific problems that are not covered by the general OPC UA structure. Metrology-specific data should thus be presented in a uniform way – independent of manufacturer and location. The overall goal is to achieve a fast and standardized integration of the measuring machines into a production environment.

UMATI as a role model
"Standardizing communication across so many manufacturers and systems is certainly not an easy task," reports Florian Tegeler, Head of Product Management System Products and head of the Industrial Digital Services department at Mahr. Nevertheless, he is convinced that the effort will be worthwhile: "Without measuring machines, the self-controlling factory is not possible at all. They give the production machines a qualified statement about the quality of the parts and are therefore a basic requirement for a closed loop. This is why it is so important that we make it easy for companies to integrate metrology into their complex production environments".

The new specification for metrology is based on UMATI, the standard for machine tools. After the starting signal for the project was given at the end of last year, work is now underway to define the scope of the new Companion Specification.

How can we help you? Find the right contact person for you.